About Us
|
Our Team
|
Facilities
|
Testimonials
|
News and Events
|
Contact Us

The caring and experienced professionals at Reins - Sturdivant Funeral Home are here to support you through this difficult time. We offer a range of personalized services to suit your family’s wishes and requirements. You can count on us to help you plan a personal, lasting tribute to your loved one. And we’ll carefully guide you through the many decisions that must be made during this challenging time. 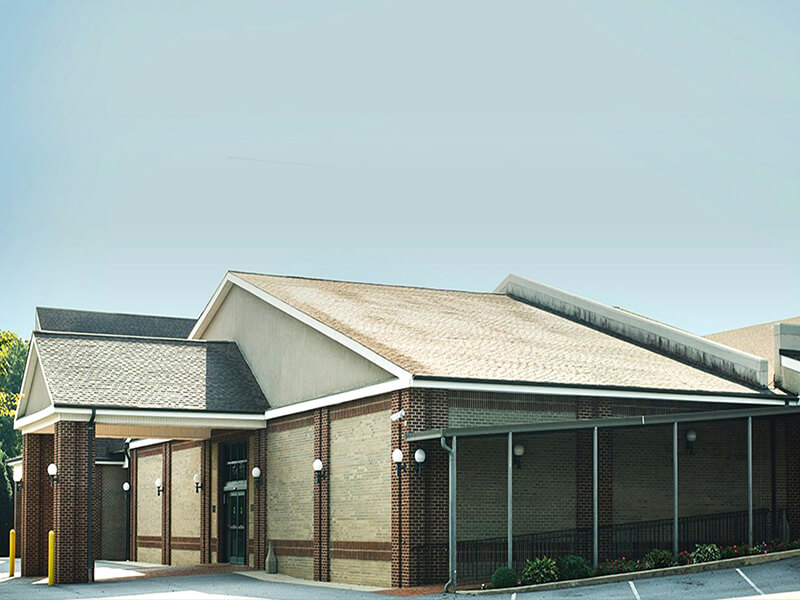 You are welcome to call us at any time of the day, any day of the week, for immediate assistance. Or, visit our funeral home in person at your convenience. We also provide a wealth of information here on our website.

In 1960, stock in the corporation was sold to the management and officers of the funeral home. In 1961, the funeral home was moved from Main Street to a new location on Armory Road in North Wilkesboro. The new facilities provided a large chapel, visitation rooms, and improved parking.

In 1980, H. D. Caudill, Jr., Clyde D. Carpenter, Sr., and Joe Canter, purchased the remaining stock from the Sturdivant family and the Claude Canter family. Joe Canter served as vice president and treasurer until his retirement in 1984.

An expansion of 10,000 square feet completed in 1991 made space available to serve families with three large receiving rooms, two conference rooms to meet with families making funeral arrangements and working with pre arrangement plans. A large selection room for caskets and vaults make it possible for people to compare the prices and quality of both. 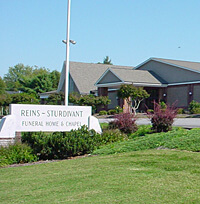 In October 1995, Scenic Memorial Gardens Cemetery was purchased by Reins-Sturdivant. Located on 32 acres in a natural setting overlooking the Brushy Mountains in the community of Moravian Falls, the view is unequaled in Wilkes County. Our beautifully maintained gardens are designed to accommodate a variety of family needs. The Garden of Peace and Garden of Devotion, which are the largest gardens in the cemetery, were developed for the use of ground level bronze memorials. The Garden of Valor is a special section to honor our military veterans and their families. Completed in November of 1997, a chapel mausoleum with 550 casket spaces and 156 cremation niches was completed. This is a beautiful structure with many architectural features of the funeral home.

The funeral home sponsors a “Grief Recovery Support Group” which meets monthly with a well-qualified licensed counselor providing the program and activities. This has been well received by the communities we serve. Reins-Sturdivant has a professional staff of twenty-seven employees. Many of these people serve our towns communities, churches, and civic organizations with strong leadership ability.

If you need our services immediately, please call us.
We will begin the process of bringing your loved one into our care right away.